skip to main | skip to sidebar

Putting off the good times: Decision-bundling 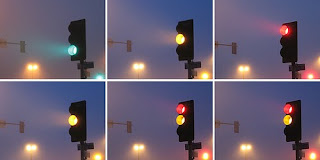 “I love deadlines. I like that whooshing sound they make as they fly by” said Douglas Adams.
I really enjoy procrastinating. I love leaping into action with hours to spare and surprising colleagues with a knock-out piece of work. Often it’s terrible strategy but it doesn’t stop me repeating it. Today I am writing about a concept I developed a few years ago that’s a close cousin of procrastination. I call it ‘decision bundling”. It might help you understand why you keep hanging out with a friend you dislike; why you won’t go to a doctor for a test that you know you need; explain why you don’t leave a job you loathe; or why you don’t propose to the woman you love.

To explain let us go to an apartment in north London on a cold November night in 2002. It’s 2am. I’m with my American friend Dave and we’ve been drinking beers. After nine years he still hasn’t proposed to his hot, intelligent and fun girlfriend, Emma and I’m confused. So I ask him, ‘When are you and Emma going to get engaged?’ Dave thought about it and shook his head. ‘I want to but I can’t’ he replied. ‘Huh?’ I probed.
‘Well I really want to get engaged; but if we do then it means that we have to move back to the States…’ I looked puzzled but he continued ‘…and when I return to the US it means we are going to have children. And I can’t have children until I’ve taken a new job. And I’m not ready to have kids, leave London and resign from the job I really like.’ It was a daunting thought. So we finished some more beers. 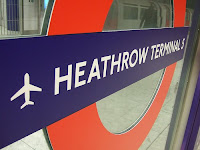 Dave’s dilemma is common. We find ourselves unable to make a decision that we actually want to make because of a series of other decisions that we have bundled together with it. Dave had bundled a relationship status change with career changes, geographic uprooting and having to start a family. It was all nonsense of course as he readily admitted. Emma wasn’t pressuring him to make any of the other changes. He had created this compelling sequential narrative in his head and if he made the first move then the rest was simply inevitable.

I thought about it more and realized that I too fall victim to ‘decision bundling’. Let’s take the visiting the dentist. I see myself as a responsible person who brushes and flosses regularly. But I’ll be honest, I don’t actually floss regularly. And going to the dentist means having to acknowledge my lack of flossing and thus, my irresponsible approach to life. So I postpone my dentist appointment until the next month and try to change my decision not to floss. I’m an idiot.
I believe that decision bundling can lead to severe procrastination in one specific instance. When we have to make a decision that forces us to acknowledge that we are not being the person we aspire to be. We may believe that we have integrity. That we are generous. That we are trust-worthy. And yet to call up and cancel on our friend’s invitation would show otherwise. So we do nothing and hope the situation will magically resolve itself.

To make a decision to open a savings account would shows that up to now, we have not been financially responsible. So we do nothing and our personal wealth continues in disarray.

Where do you bundle decisions in your head? How does it hold you back? Is there anything we can do about it?

Thanks to everyone who reposted / tweeted / emailed me about my last post on mistakes that smart people make. It seemed to resonate

This is a good concept to ponder.

Thanks for outlining and explaining Decision-bundling.

So what are you procrastinating on?